Jeff and I spent a little time in Brooklyn last Saturday. I had an event with iMentor (which I highly recommend you join or share with your friends to join) and met with Jeff afterwards to kill a little of the afternoon at the Brooklyn Bridge Park.

Click on all the pictures for greater detail (and quality!). 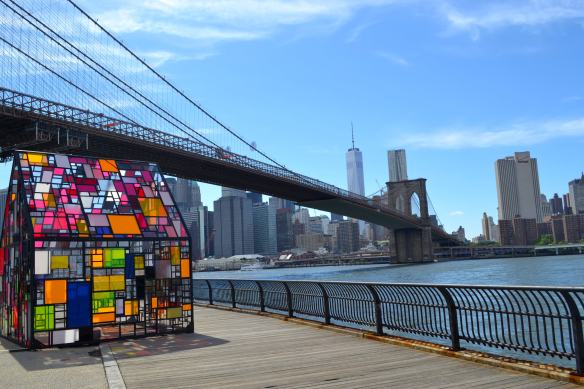 This is the face of a man who did not want his picture taken :P. 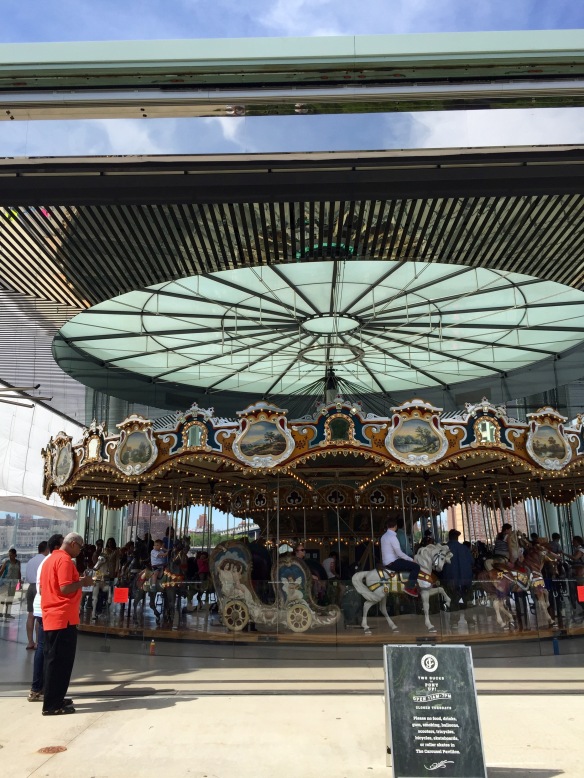 If you’re traveling with kids, take them to Jane’s Carousel.

Jeff and I rarely visit Brooklyn. I generally only venture out that far for meetings and this really ended up being the second time for me to explore this borough. The last time we were there though, we visited Smorgasburg...which if you’re a foodie you must go to too! Definitely the easier way to get to the park is to take the A/C to High Street. Once you get out of the station, walk towards the bridge – it’s really that simple. While we were walking around, Jeff and I were honestly stunned. Brooklyn is like a different planet! The sidewalks are wide, the restaurants are much bigger than those here in Manhattan, and even the people are friendlier. We walked around feeling weird and oddly foreign. The weather was amazing though. It was windy enough sail boats got great wind and the kids with their families were roaming around. There was also a neat water art exhibit on display at the park, Jeff had a really great time with it ;p. If you’re in town and you want to catch a site of the bridge and East River, go to the Brooklyn Bridge Park!

The park is also a great location to catch a glimpse of this lady!

This is the face of ‘mischief.’

Also, I mentioned resources in this post’s title. Many people reach out to me to ask how to do this or that in the city. And below are some resources I usually share. I hope they help you too and encourage you to visit the city soon!!!

1 thought on “Piece O’ NYC: An afternoon in Brooklyn and Resources!”