We decided to go to a beach that’s off the beaten path, Pu’u Poa beach. If you are staying at the Princeville Resort, there is an elevator that takes you down the cliff. Public access requires climbing down a steep path.

The first part is not bad. But then it turns downhill.

There are ropes to hold onto as you back your way down steep, often slippery ‘stairs’. This is Jack when he declared he couldn’t do it. I went on down to see what came next. The path got worse but the beach was lovely! 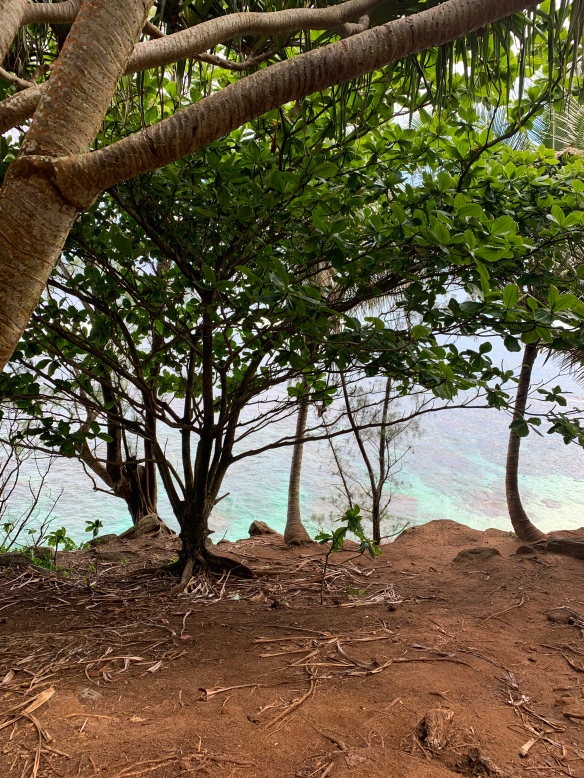 I was about to go back up when Jack and Steve appeared! Jack decided he could do it, and he did. (Steve thinks the teenaged girls who passed them and told Jack it was worth it had something to do with the decision making :-).)

The beach had just enough people. The water was clear and clean. Tomorrow we’re going back with snorkel gear! 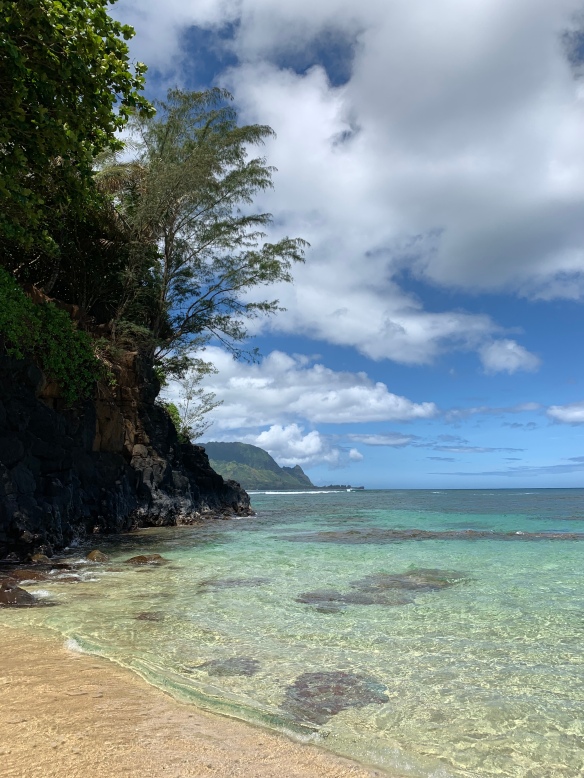 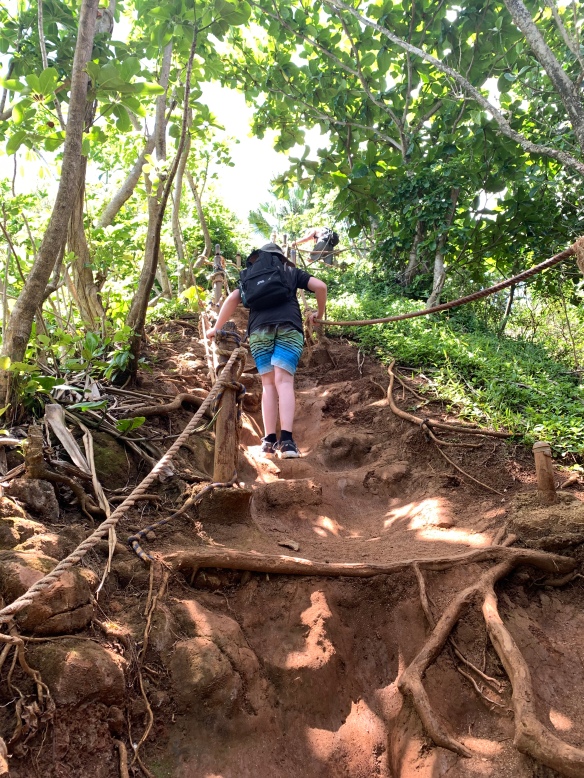 Hiking up and out is easier than it looks :-).