I told Jack about Andrew and his sock monkeys, I showed him the pictures, and then I gave him the kit I bought. Well, Jack was ready to make a sock monkey, right then! I did the machine sewing, taught him how to turn the arms and tail inside out, and how to stuff.

I threaded a needle and showed him the basics and he took off. It put a smile on my face :-).

He still has an ear, the arms and tail to sew on tonight—Lorna will be there to thread the needle and do the knots. I suspect that it won’t be long before Jack can do that by himself as well.

He is already imagining which of his socks would make good monkeys. He has always enjoyed fun socks and has some excellent ones to choose from.

Update: Jack came by last night with his finished monkey! 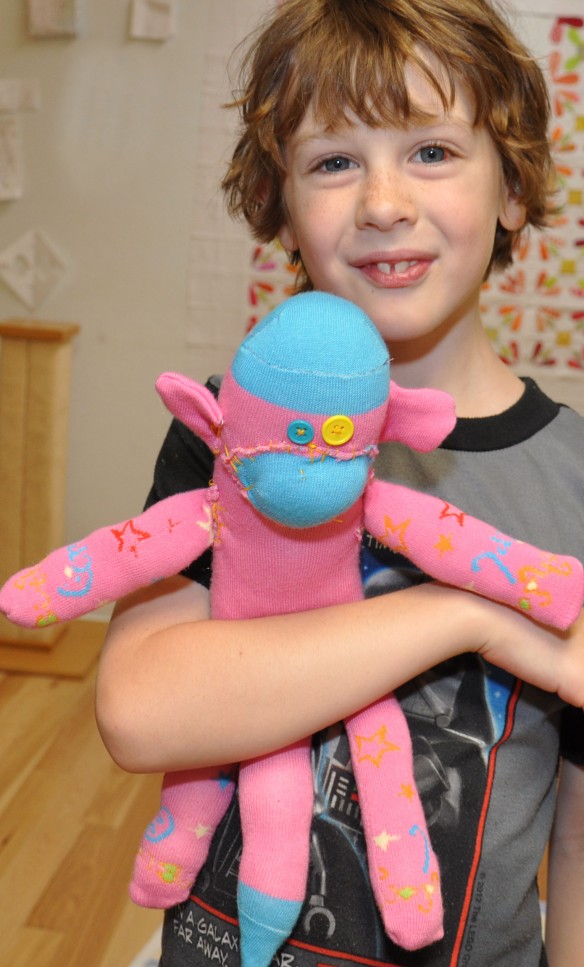 8 thoughts on “He was inspired!”