My very good friend, Laurie Mealy, shared her grandmother’s recipe with me. I made it today. Mine is lumpy (no, that isn’t corn!) but it tastes great! It wasn’t particularly hard to make and will be a lot easier the next time. Here’s a link to the recipe:

And here’s the recipe as a JPG. Below it you will find the original recipe. Laurie’s grandmother obviously knew what she was doing. My recipe has more instruction so that the next time I make it, I’ll have a better chance of it not being lumpy :-).

If you go on a good food tour, you do more than just eat. You learn about the local culture. In this case, we learned about how people shop for food at the markets in Barcelona. As I said in my last post, Pauline, our guide from Devour Tours, was wonderful and and I learned a lot!

We took the Boqueria Market tour. It is an old market that has been renovated over the years. I had to google it to help me remember dates, but the roots of the market go back to 1200. There are many markets in the city, and people tend to shop their local market where they get to know the stall owners, and meet and visit with their friends. I do so wish there was something like this at home… the grocery store is just not the same.

We started at the front with coffee…

We moved through the market, and outside it a bit, and then back in, eating and talking. 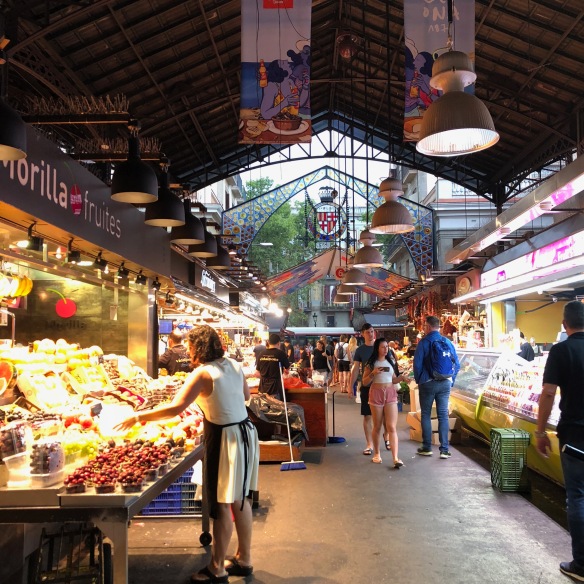 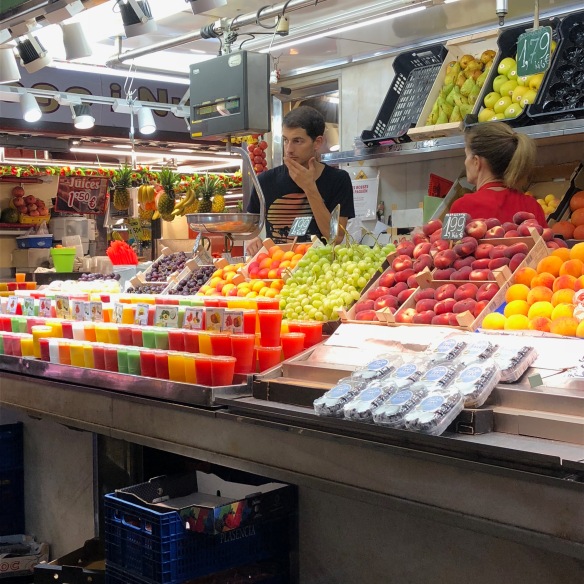 I learned a lot about jamon, very thinly sliced ham. We got to try some of the expensive ham, from pigs that live in the forest and eat acorns… I’d eat a bit of the every day if I could afford it. You really can taste the difference! 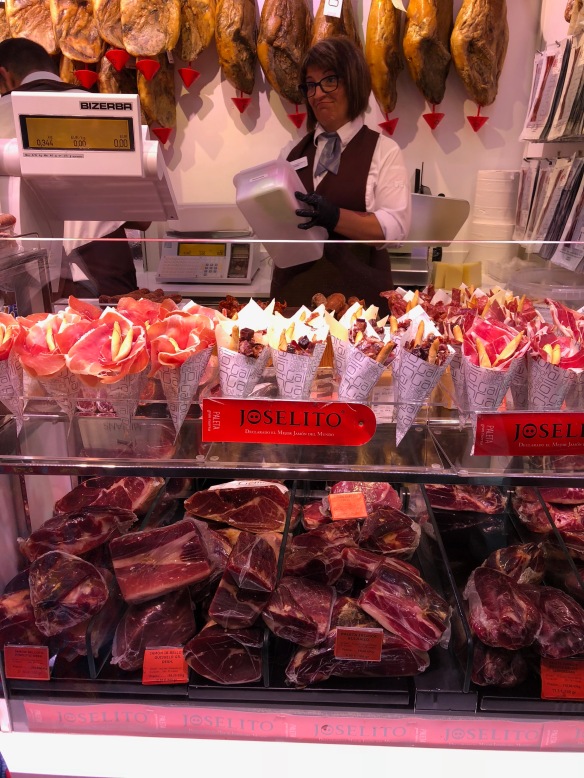 There is a lot of seafood here… 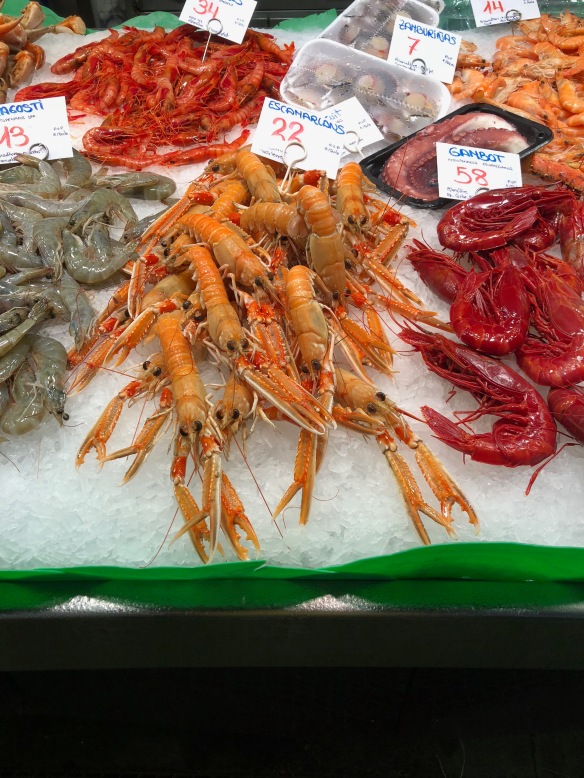 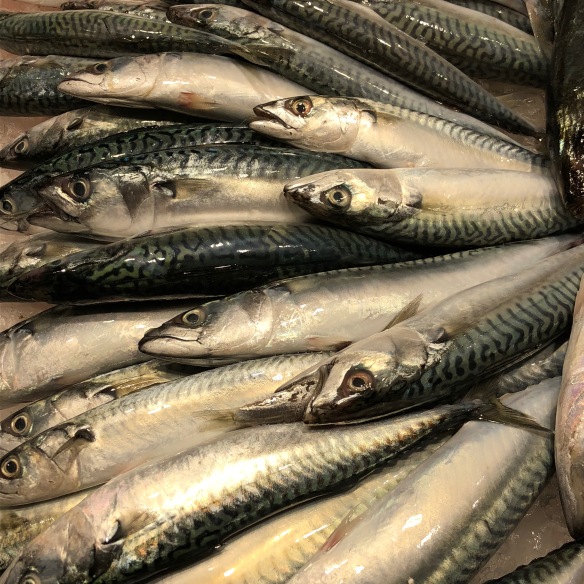 I like fish better when it isn’t looking at me :-).

I’ll share more from the rest of the day in a few hours. We are about to head out to Park Guell now!

We have been on the go all day long. First we went on a food tour with Devour Tours and it was fantastic! Many thanks to Pauline, who was our very own guide. 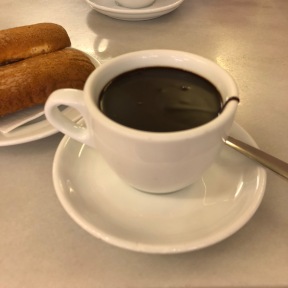 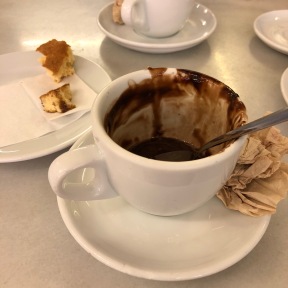 And there is so much more that we did today but it is 11:00PM and everyone is going to bed. INcluding me! I’ll be sharing more from today, tomorrow. Until then, sweet dreams! 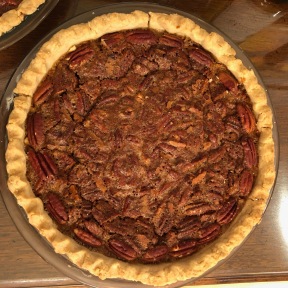 It’s fast and easy and delicious! 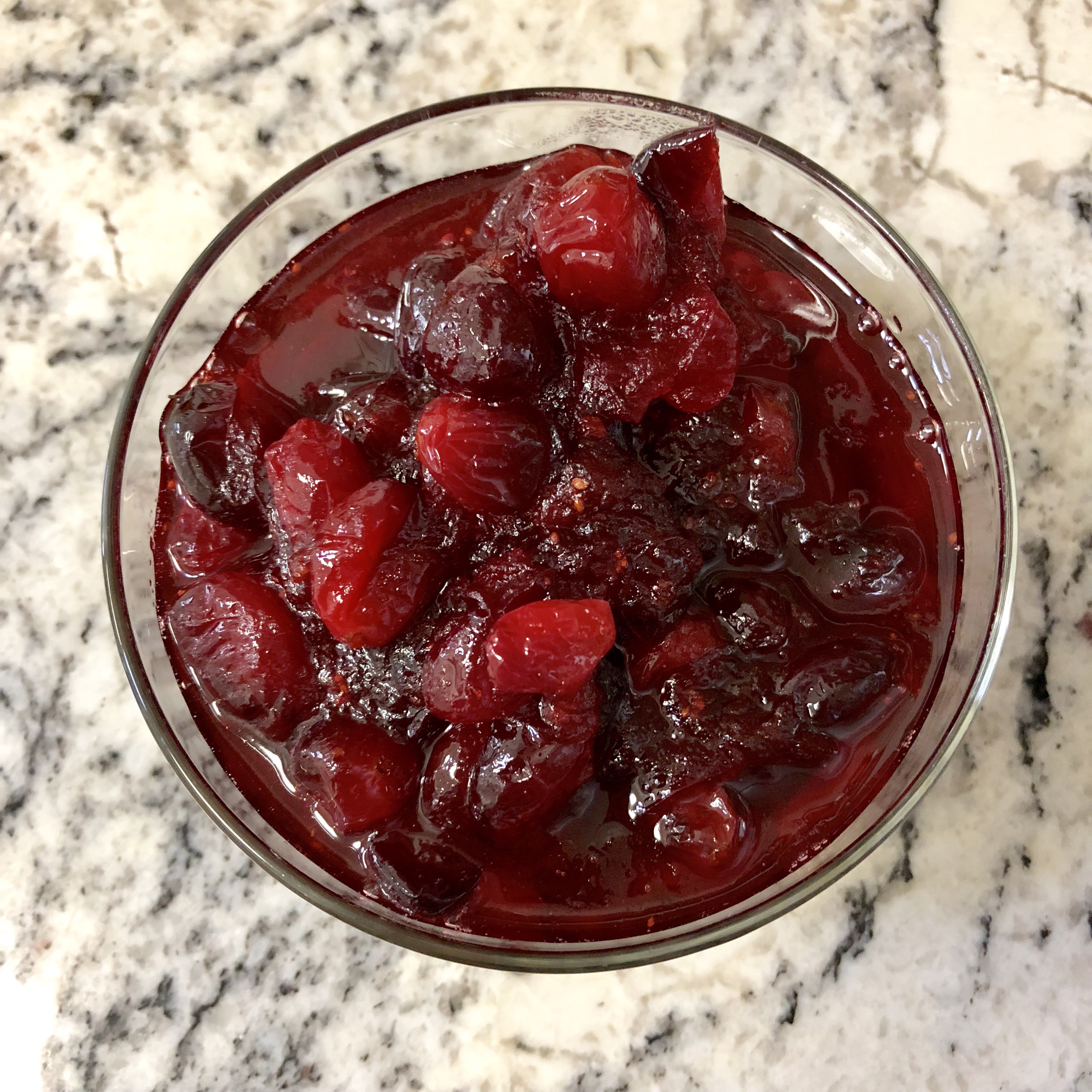 I walked in the mornings in the area around my hotel and I was surprised to find this mailbox: 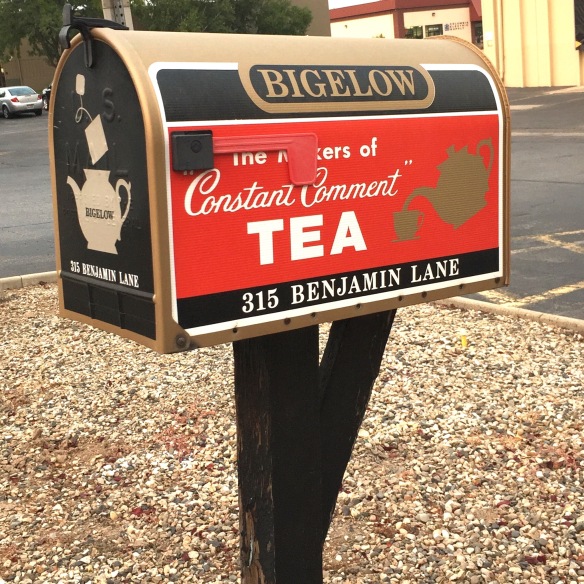 It stood in front of a Bigelow plant. I asked someone walking out and yes, they do package tea there. I’ll bet it smells really good inside that building.

There were several trees sporting these lovely seed pods. FYI: I used my iPhone with the Camera+ app to take all of these photos. I am impressed with the quality especially when I remember that little tiny lens on the iPhone.

I don’t usually take photos of what’s for lunch, but this was special. Nancy, who works at The Quilt Crossing, is also the person who makes lunch for the classes. This is a bowl that starts with warm brown rice and then you can add: chopped cabbage (green and red), green onion, roasted peanuts, 2 kinds of grilled chicken, crushed ramen noodles (not gluten free so I passed on those), and 2 options for dressing. It was fantastic! 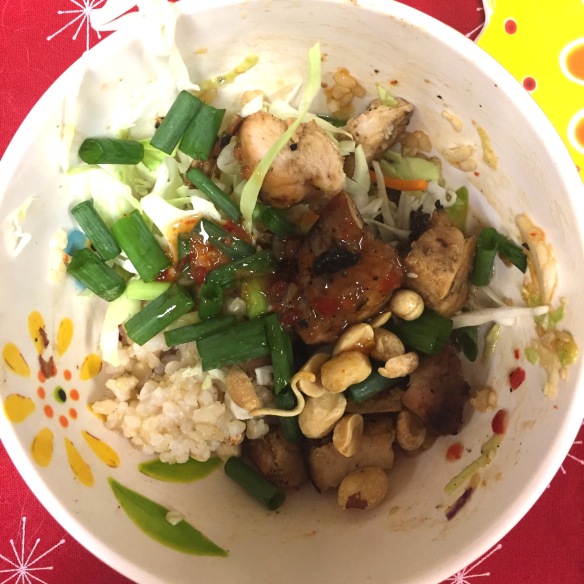 I forget just how much I like a meal in a bowl. Steve, if you see this, it’s a good choice for dinner :-). 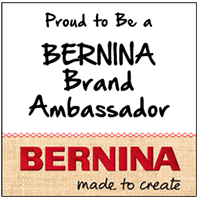